One of my favourite buildings in Brisbane, the former Bank of New South Wales Building is now home to a modern Australian bank but shows minimal signage on the exterior.  The buildings pictured in the far left of this picture line the pedestrianized Queen Street Mall – many of these lovely buildings exist in facade form only, with entirely modern interiors and additions hidden from view.

Though previously historical re-enactments and related phenomena have passed me by without me giving them much consideration, I’ve recently had cause to ponder the entire concept in more depth.  Purely by coincidence I discovered the fantastic Victorian Farm and Edwardian Farm television series’ at around the same time that I was finishing a conference paper on Highland-themed open air museums in Scotland and Canada, and the combination of the two has really made me ponder the role of historical re-enactment in modern society.

One of the main criticisms of any historical re-enactment, whether they be a recreated historical landscape with costumed actors (interpreters), a working period farm used for archaeological and anthropological investigation (rather like the Victorian/Edwardian Farms), or even a recreation of a historic battle, is that it is impossible to achieve any degree of authenticity.  Some go so far as to call the whole gamut fake and misleading: what we are actually doing when we re-enact or re-create is not miraculously going back in time but instead fashioning a 21st century understanding, complete with our own period’s prejudices and attitudes, of an era that often lacks sufficient archaeological and historical documentation and is therefore impossible to replicate.

I can understand and sympathise with this view, as in the wrong hands any form of historical recreation could be mangled, misappropriated or downright Disneyfied.  This is a scary thought, and one that has cropped up regularly since open-air museums and historical reneactments gained popularity in the early 20th Century.

On the other hand, however, historical recreation can be a fantastic way to engage with a community that might otherwise have had little interest in the subject matter, or may have been put off by the traditional modes of communicating it.  Through my research on the Highland open-air museums, it’s evident that they are regularly the most popular tourist attractions in their region; they act as conduits for the local Gaelic and farming communities; they encourage hands-on learning experiences through demonstrations and classes, and in some cases they even keep an important dialect – Gaelic – alive. 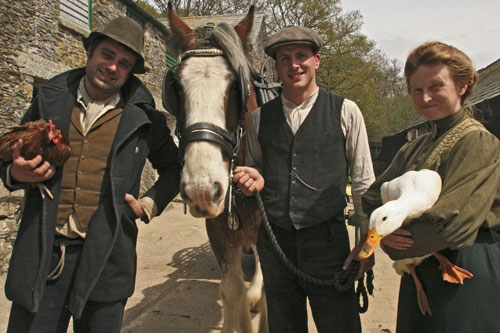 In the case of this new breed of archaeological experimentation in the form of the Victorian Farm, Edwardian Farm and their precursor Tales from the Green Valley, the benefits are obvious: reaching a nation-wide audience and achieving significant viewer numbers, it’s not hard to imagine that many more people now have a grasp of the challenges of rural and domestic life in periods that were otherwise condemned to academic papers and dry history texts.  Better still, these series’ aren’t Big Brother-esque, instead presenting the subject matter in earnest, intelligent and candid commentary from archaeologists, historians and agriculturalists (bravo!).

Of course in both the tv series’ and open-air museums cases, a fair amount of editing (in the case of the tv series’, quite literally) goes on in order to present an entertaining and engaging product to the public. Much of rural life is filled with poverty, humdrum and back-breaking hard work, and while this is addressed in the open-air museums and tv series, it’s presented in such a way that the viewer/visitor only experiences it for a limited amount of time (the museums close at the end of the day, the tv show finishes at its allotted time).

So how to weigh-up the pros and cons of these forms of historical re-enactment? On the one hand it must be acknowledged that authenticity is an elusive (and some might say impossible) dream, and that entertainment and engagement with the audience does call for editing and an element of theatre.  But do these downsides outweigh the positives? I for one am happy to accept a degree of stage-management and imitation if it means larger and more diverse groups within the community are seeing (and perhaps even interacting with) a version of history that might otherwise be touched by only a few. While I do have a healthy fear of the Disney-fying Monster that stalks these historical reenactments, I have faith that – in the case of the Highland open-air museums and the BBC’s Farm series at least – the expectations of credibility and integrity imposed by the public will ensure appropriate research and presentation standards in the future.

I’m absolutely thrilled to be one of the recipients of the 2012 International Council of Canadian Studies‘ Research Travel Grants, because it means I can head on over to eastern Canada to get some work done.

A significant portion of my PhD research considers the Scottish built heritage in parts of eastern Canada, particularly in Nova Scotia but also including regions like New Brunswick and Ontario.  I’m hoping to visit a selection of these sites so I can talk to the management and owners, as well as their marketing and customer service staff.  I also want to pay a visit to some great research centres (such as the Centre for Scottish Studies at U. Guelph and the Department of Heritage & Culture at Cape Breton U), and some of the regional culture and heritage authorities (like Nova Scotia Museum and Heritage Trust of Nova Scotia).

So far, plans for the research trip are relying on other plans for research in Scotland, but here’s hoping I’ll find myself in Nova Scotia in July-August, just in time for the nice weather. 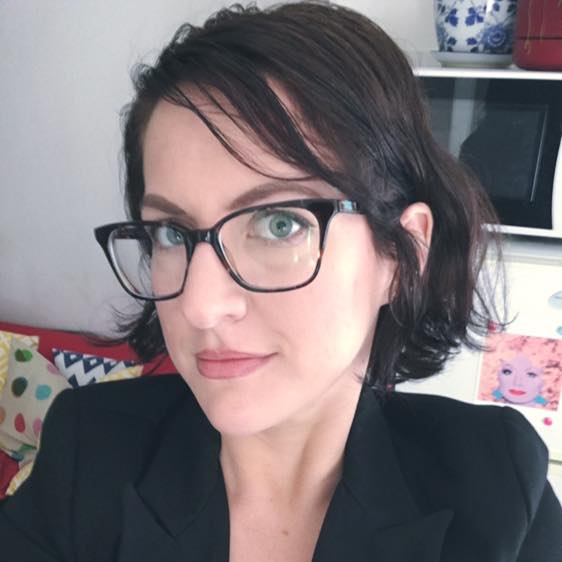